Science based competition at Kalaigaon in Assam 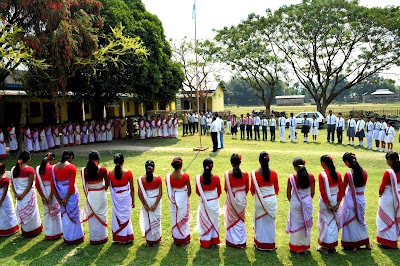 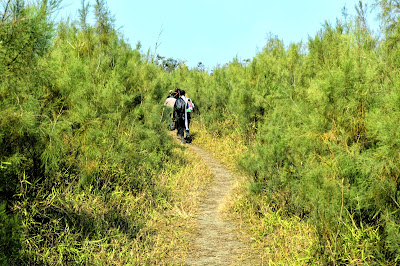 Incredible,but true. Nearly 6000 people in 926 families, inhabitants of three villages namely- Laika Pomua,Laika Pasidia and Laika Rigobi in the core area of Dibru-Saikhowa National Park are still living in primitive life style. They see electricity,hospitals,banks,markets,vehicles,roads etc only in dreams. The seriously ill people die a natural death as they never see a doctor in the far remote lands surrounded by rivers. 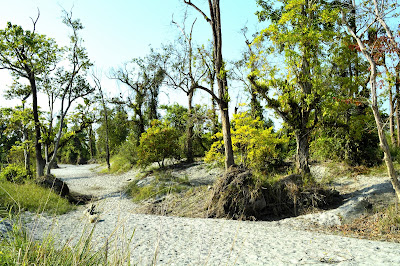 If you want to visit these forbidden lands,start from Tinsukia to Guijan Ghat on the bank of Diboru river. There at the Guijan Forest Range office you can meet Sri KK Kachari,hard working wildlife loving Range Officer of Guijan Range. You can stay or be refreshed in Banasree Resort run by your known forest friend Joinal Abedin (Benu).You can cross Diboru river by small boats or by forest motor boats. And you start your journey on foot through zigzag narrorw tracks crossing several rivers. The scenery around is breathtaking as you can feel touch of nature amidst loneliness.After a marathon 15 KM walk three Missing villages will greet you. The people have been living in the three forest villages in the core of Dibru-Saikhowa National Park since 1950. According to Jagat Lagacha,(Gaonbura) the villages used to rear more than lakh cattle for which most of the vegetation are destroyed year after year. Thick forest cannot grow there because of the thousand grazing cattle causing massive deforestation. Cattle rearing and fishing are their only occupation. But they have been exploited by syndicate members. They are compelled to sell local fish @ Rs.50 or 60 per kg to the syndicate members at Guijan Ghat or at Tinsukia town while the price is Rs. 200 outside.They are forced to sell fishes or other products at the price fixed by syndicate members. 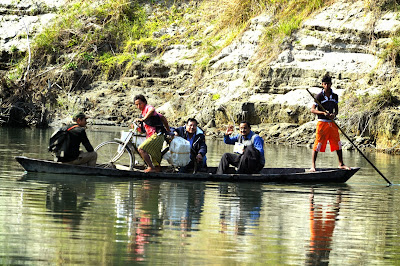 The villagers realizing their sad plight offered to come out of the National Park on March 5 in 1999. They requested Assam government through DC and DFO of Tinsukia for rehabilitation and compensation in other places namely- Jagun or Nampai. But the never ending government process wrapped in red tape have sealed the plight of nearly six thousand innocent people still living in primitive style.But they still hope that government will complete the process of rehabilitation and compensation so as to start a new life like other people. 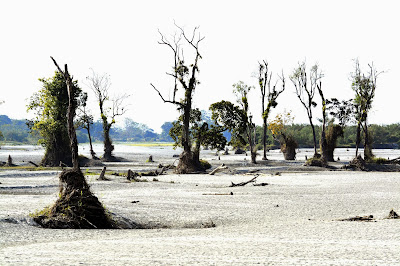 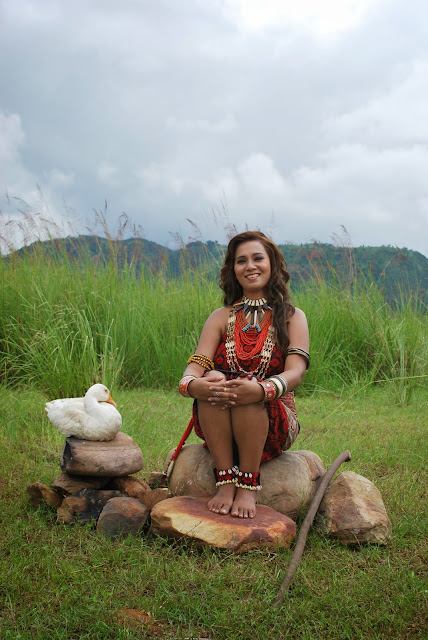 Kalpana Patowary (Assamese: কল্পনা পাটোৱাৰী) (musician/singer/composer/recording artist/ record producer) disciple of legendary Ustad Ghulam Mustafa Khan and influenced by Dr Bhupen Hazarika, the 'Bard of Brahmaputra' geographically hails from Assam. Trained in Assamese folk by her folksinger father Bipin Patowary and Indian Classical music, Kalpana Patowary blessed with a stunning five-octave range and signature vocal abilities, has been hailed as a prodigy in the world of Bhojpuri music. “She gave Bhojpuri Music a new twist”. Critic wrote that she changed the art of Bhojpuri vocals. Very few people know that Kalpana Patowary is as versatile that she justifies or renders both in raw folk forms as well as western singing.Kalpana Patowary’s music genre is about primitive-acoustic folk with some trace of Indian classical music, ambient electronic and new age jazz - fusion. Her first language is Assamese but she sings in Bhojpuri, Hindi, Bengali, English and 25 other languages with around 9000 songs to her credit. She is deeply rooted in nirgun, purvi, kajree, pachra(devi geet, sohar, vivaah geet, chaita, nautanki, bihu, goalporia folk and many other folk forms from UP - Bihar and presented in a new way to the world.
Posted by Jayanta K Das No comments: